Protect Yourself  On The Trail

Although hiking Pennsylvania’s trails is generally safe, it’s a good idea to take some reasonable precautions to ensure your safety. Here are some tips.

Ticks And Other Insects 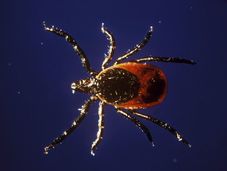 Insects such as mosquitoes, flies and gnats have always been a problem in Pennsylvania. Recently, though, ticks have come to the Keystone State in great numbers. While all ticks are unwelcome, the most troublesome are deer ticks. Also called blacklegged ticks, deer ticks are major carriers of Lyme disease. According to the Pennsylvania Department of Environmental Protection, every county in the state reported at least one case of Lyme disease in 2014.  STUDIES indicate that Japanese barberry, an invasive plant species, enhances deer tick populations.

​Lyme disease is a serious condition.  If untreated, it can result in symptoms ranging from fatigue to joint and muscle pains to physical disability equivalent to that seen in congestive heart failure. Among the best resources for dealing with ticks is the  TickEncounter Resource Center  from the University of Rhode Island. 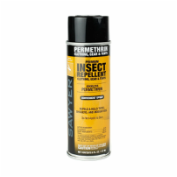 Keeping Ticks And Other Insects Away From You - The classic way to repel ticks and other insect pests is to use a DEET-based insect repellent. DEET is very effective. Many experienced hikers and backpackers recommend using DEET in addition to applying Permethrin to hiking clothes. Permethrin acts as both an insecticide and a repellant.  It affects the insects' central nervous system, causing muscle spasms, paralysis and sometimes death. When applying Permethrin, it is very important to follow the instructions carefully.  As this article article indicates, Permethrin in considered quite safe when applied properly. Although DEET has been approved by the Environmental Protection Agency, some hikers prefer not to use it.  This blog discusses recipes for homemade non-DEET insect repellents.  Here is another article that discusses 20 simple ways to keep mosquitoes away.

Identifying Ticks - This link will help you identify deer ticks and less troublesome (though unwelcome) varieties such as dog ticks.

If you think there's nothing funny about ticks, watch a rap video about Lyme Disease prevention HERE, courtesy of Fairfax County, VA Government. 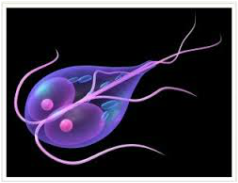 While hiking in Penns Woods, you might be tempted to dip your bottle into that babbling brook and take a drink. That’s not a good idea unless you filter or treat this water. Experienced hikers and backpackers follow a simple rule: that unless the water comes from a faucet connected to a municipal water system, you should treat the water before drinking it. Untreated water may contain waterborne microorganisms such as Giardia or Cryptosporidium—parasites that may cause intestinal infection and are found worldwide, including in most Pennsylvania rivers and streams. Giardia infection may cause abdominal cramps, bloating, nausea, and bouts of watery diarrhea.   This article from the Mayo Clinic describes Giardia and its symptoms.

How can you prevent waterborne diseases while hiking or backpacking in Pennsylvania? First, if you’re out just for the day, bring water from a trusted source. If you are backpacking, you’ll probably need to use water from untrusted sources. Don’t despair, though; here are several good strategies for staying safe:

Water Filters - These purify water by pushing it through screens that take out the nasty bugs.  Commonly used brands include Katadyn and Sawyer.

Ultraviolet systems - These use ultraviolet light to eliminate the pathogens.  One widely used brand is Steri-PEN.
Boiling water for at least 10 minutes is effective but not often practical because of the fuel you’ll need to take with you on your hike.

Using clean water is not all that is needed to avoid Giardia and Cryptosporidium. It’s also important to keep your hands clean by using soap or an alcohol-based hand sanitizer and to wash your dishes with soap or detergent.  Be careful when sharing food while backpacking—it’s better to pour shared food out of bags into each hiker’s hands rather than having each hiker reach into the bag. If you believe you might have contracted a waterborne disease, contact a doctor or other medical professional and indicate that you suspect Giardia or Cryptosporidium infection.

Bears have been in Pennsylvania far longer than humans.  But, recently they have been seen more and more in areas inhabited by humans and on our hiking trails.  According to the Pennsylvania Game Commission, bears in the Commonwealth have increased from around 4,000 in the 1970s to around 14,000 today. This increase doesn’t mean we need to be particularly scared of bears. We just need to be prudent around them.

Pennsylvania’s bear species is Ursus Americanus, the black bear. Here is some information on black bears, as well as tips for dealing with them, adapted from this excellent article.

Black bears are intelligent, curious, and agile animals that, in captivity, may live for up to 25 years. They can run up to 35 miles per hour, climb trees, and swim. Although black bears can see colors, recognize human forms, and notice the slightest movement, they usually use their acute senses of smell and hearing to locate food and spot danger.


Despite their common name, black bears are not always black; they may be blond or cinnamon colored, and they often have a white spot on their chest. They’re heavy animals with short and powerful legs. Adults may weigh 200 to 600 pounds, with some individuals weighing up to 900 pounds. Adult males (called boars) may way twice as much as adult females (called sows). Adults measure about 3 feet high when on all fours and about 5 to 7 feet high when upright.

To keep bears away from you:

·         Keep a clean, odor-free camp—Wipe tables and clean eating utensils thoroughly after meals, and burn grease off grills and camp stoves. Make sure your tent, camper, and sleeping bag are free of food smells.

·         Store food in bear-proof places—Place food and coolers in your car trunk or suspend them from a tree branch. Never leave food in your tent.

·         Dispose of trash properly—Use camp receptacles if they’re provided or store trash in your vehicle. Pack out your trash if you must, but never leave trash behind.

·         Be heard—Reduce your chances of surprising a bear by talking or otherwise making noise. This is especially important if you hike at dawn or dusk, when bears are likely to be more active, or if you hike in areas where a bear might not immediately detect you (such as around fast-moving streams or in dense vegetation).

Bears rarely attack people unless they feel threatened or provoked. In most instances, a bear will detect you and leave the area without you ever noticing. If you do encounter a bear before it’s had time to leave:

·         Stay calm—If you see a bear and it hasn't seen you, leave the area calmly. While moving away, talk to help the bear discover your presence.

Get back—While facing the bear, back away slowly and avoid direct eye contact, which the bear may perceive as a threat. Give the bear plenty of room to escape. If you’re on a trail, step off on the downhill side and slowly leave the area.

HERE is an article with tips on what to do when you encounter a bear.
Coming soon - Protecting Your Skin and Snakes